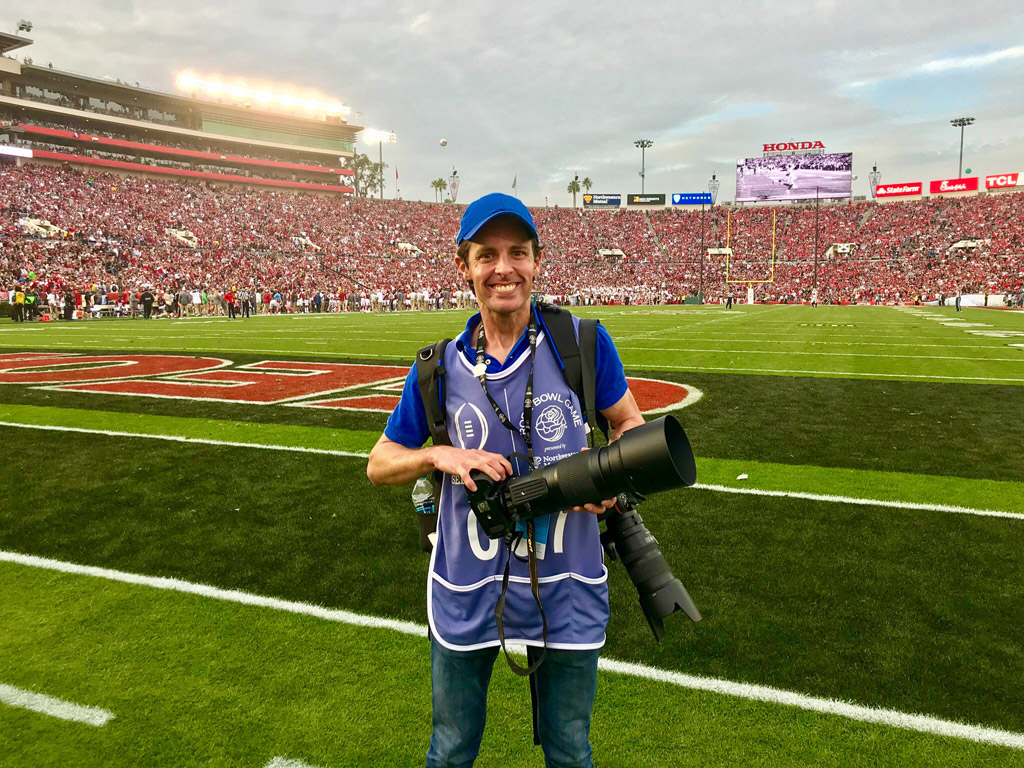 My photography work takes me wherever the action is: from the Rose Bowl Game to Madison Square Garden and everywhere in between. I’ve captured breathtaking moments from the 2018 Rose Bowl Game to the US Open Tennis Championships to SEC Football to the ACC and Big Ten Basketball Tournaments and more. My published work can be seen in a variety of outlets, including the official websites of the ATP World Tour and the Rose Bowl Game; USA Today; In Touch Weekly and Life & Style magazines; college athletics websites; and various social media pages.

Other events and coverage includes:

Through my image-based creative storytelling at major sporting events, I play the key role in developing high-quality digital imagery and content for your official website, social media channels, and other collateral.